Woman Walks into a Bar by Rowan Coleman 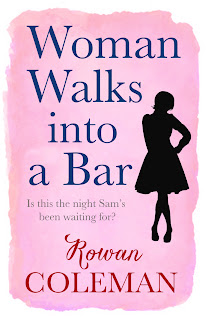