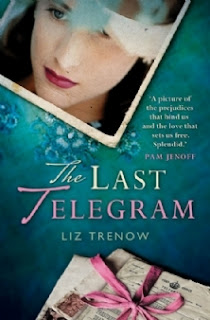 Review of The Road Back by Liz Harris 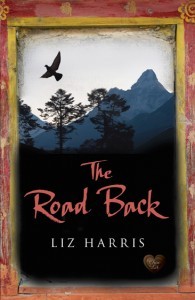 The Road Back is a wonderful love story from debut author Liz Harris. It is set between London and Ladakh during the 1950s and present day.

Patricia Carstairs has always longed for love and attention from her father Major Carstairs. However, she has always felt that he blamed her for her elder brother’s illness. Father and daughter begin to bond over the Major’s diaries of his trip to Ladakh during the 1940s. Patricia and her father visit Ladakh in the early 1960s and she hopes it will be the chance to finally get closer to him. What she doesn’t foresee is that she will meet and fall in love with a young man there called Kalden.

The novel is told from the dual perspectives of Patricia and Kalden. I loved this aspect of the book, as it allows the reader to get to know both sides of the story. Patricia is a strong heroine, but I don’t think it is until the very end of the novel that she really comes into her own. At the beginning, she is trying so hard to please her father that she doesn’t realise what she really wants.

The Road Back is an outstanding debut. The setting and characters are beautifully portrayed and there were quite a few turns in the storyline that I hadn’t been expecting. Harris’ writing vividly brings Ladakh and its dramatic beauty and landscape to life. I was mesmerized by the descriptions of Ladakh and its culture.
Have your tissues ready, as there are some heart wrenching scenes.

Recommended for all fans of romantic and historical fiction.

Thank you to Choc Lit for sending me a copy to review.

The Road Back is available to buy now:

Review of The King's Spy by Andrew Swanston 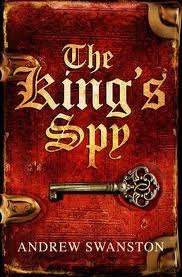 The King’s Spy is set between Romsey and Oxford during the English Civil War. Thomas Hill is a bookseller from Romsey who is summoned to Oxford to the King’s court which has moved there from London. The King’s cryptographer has been found dead and it soon becomes Thomas’ job to help uncover encrypted messages from the enemy. However, Oxford has changed dramatically since Thomas’ university days and he soon realizes that everything, and everyone, is not quite as it seems.

This is a dramatic and engaging novel that had me on the edge of my seat, desperate to find out what would happen next. Thomas is transported from the peaceful town of Romsey to the heart of the King’s court at Oxford. Here, he is unwittingly thrust into the heart of danger and must work out who is a friend and who is an enemy.

This is the first fictional book set during the period of the English Civil War  that I have read and I found it fascinating. Swanston has cleverly brought seventeenth century Oxford to life making the reader feel connected to the scenes. I was pleased to see that this is the first in a trilogy and I look forward to seeing what Thomas does in the future installments.

Recommended for fans of historical fiction.

I read this as part of the Transworld Historical Fiction Reading Challenge.
Posted by Sarah at 05:32 No comments: 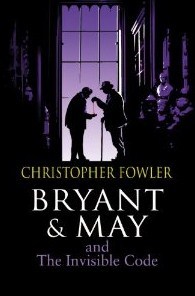 This is a detective novel set in London which combines Poirot with CSI in a most artful fashion. From the outset, we are shocked by the mystery surrounding the sudden death of a young woman in an ancient church, St Bride`s, which two children, Lucy and Tom, playing the ancient game of Witch Hunt, think that they have caused. We are led into the inscrutable higher echelons of Government where Oscar Kasavian, a top-level civil servant involved in a vital new Border Initiative and who is Home Office head of the Peculiar Crimes Unit, asks the Unit to investigate the reasons why his very young, beautiful Albanian wife is behaving erratically and threatening the success of the Initiative. This comes as a surprise to Bryant, the elderly and academic lead detective of the PCU and his dapper long-term colleague, May, as they know that Kasavian is trying to get rid of the Unit. Nevertheless, they set out to solve the problem, weaving their way through more deaths, red-herrings and brick walls, aided on the way by a white witch, a warlock and modern forensics to the final nail-biting denouement, ably supported by the rest of the detectives of the small PCU, all of whom we meet and with whom we share heartbreaks and happiness.

Fowler`s characters are beautifully described and he creates a suspenseful atmosphere throughout the book, interspersed with wicked humour. From the conspiring Government wives club to Crippen the Unit cat, it is an addictive read.

His impressive use of language is also delightful –one of my favourite quotes is this : “A sickly grey and yellow dawn broke over King`s Cross. The clouds looked as if they had fallen down a flight of stairs and badly bruised themselves.” This is one of many original descriptions which add to the enjoyment of the book.

I thoroughly recommend this book.

Thanks Liz and thank you to Transworld for sending us a copy to review.