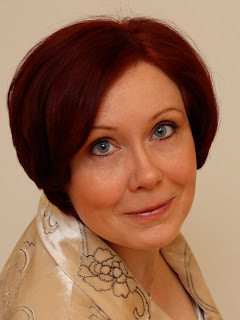 I am a really chatty person with a very active imagination. I’ve always made up stories, for as long as I can remember. When I was little and couldn’t go to sleep, I used to amuse myself by making up long and complicated adventure stories (featuring, naturally, myself and my best friends). I guess most of us do that! But as soon as I could write, I started to set these stories down on paper. I doubt they were elegant or even remotely eloquent narratives, but I do remember sitting on my window sill after lights-out and scribbling furiously on a small note-pad. A few years later, that enterprise turned into hacking things out on an ancient typewriter I’d been given. So that’s kind of where it all started… there was always this idea that I would write books. In fact, until half-way through secondary school, I would tell any adult who asked very earnestly that I would be a writer when I grew up!

Obviously years passed and this ambition never came to much. As a teenager, I had other things on my mind (rock music and rock musicians, mostly!) and then I had a boyfriend and then I started studying… Life kind of took over. But when I took a work sabbatical prior to the birth of my first child, I promised myself that I would, finally, write that book I’d been thinking of for some time!

How long did it take you to write Sophie’s Turn?

Well, I had four months in which to write (before birth of baby number one) and so that’s how long it took! I spent about a month planning in meticulous detail my characters and my plot, and then I sat down and just…wrote! It was a fabulous experience. Every day, I would re-read the previous day’s work, do some rudimentary proofing and editing (and occasional re-writing) and then write some more. So the first draft seemed to go quite quickly. Then my first baby boy arrived and nothing much happened to the book. It wasn’t until a few years later that I got round to re-reading it and making some substantial changes, especially to the first half. Those changes took me another six months or so. So total working time on Sophie’s Turn was… ten months, give or take. And then of course, I polished it before publication… and most recently, again, before publication by Sapphire Star Polishing. I’d like to think it’s a shining gem now!

Tell us a bit about Sophie’s Turn and your inspiration for the book?

I’ve come to call Sophie’s Turn a ‘rock star romance’… not least because, you guessed it, one of the protagonists is a rock star. Sophie’s Turn tells the story of one young woman and her entanglement with a rock star, the man of her dreams. Unfortunately she is already engaged to somebody else when this romance finally enters her life, and it all gets a bit messy. Sophie is a fundamentally nice person and the presence of two men in her life gives her all manner of emotional nightmares. She sorts it all out eventually, although perhaps not in the way she expected!

The inspiration for the book has its roots in my residual soft spot for all things to do with rock musicians, in particular the long-haired variety with nice voices. There are quite a few of those about! Anyway, I was watching TV one night with my husband and some kind of long-haired male creature came on… I can’t recall who it was, might have been an actor or a rock musician. Anyway, I obviously liked that person because I said something like, “cor, now how would a girl ever turn him down?” My husband teased me about this all evening. And it got me thinking. What would a girl do if she was in a steady, happy relationship… and then suddenly met her teenage idol, and he proposed? There was the core conundrum, and it fascinated me enough to spin a story around it when I couldn’t sleep that night (on account of big baby belly!).

What are your favourite books?

Generally speaking, I read almost anything but I can never resist a good chick lit book, a thriller or a good contemporary literary read. Favourite books of all time include Catherine Alliott’s “The Old-Girl Network,” Stephen Fry’s “Making History” and Katherine Neville’s “The Eight.” I also like books by David Baldacci and John Grisham. Actually, the list is pretty long….

What do you like to do outside of writing?

Ooooh, now there’s a question! When I do get the time, I like to read the paper in a coffee shop with a big latte or a pot of tea. I do like to sit on a rock on the beach just watching the waves come in, and listening to the surf (that’s probably one of my favourite pastimes!). I like travelling and exploring new places. And… actually one thing I do do even at the moment when things are so busy is… knitting. I do like knitting. I’m not a great knitter, I can just about manage my knits and purls but I find it very relaxing, especially when I’m stressed. Oh, and talking of stressed, I do have a Pilates routine that I like doing at least once a day, especially when I’ve been hunched over the laptop writing lots.

What are you currently working on? Is a sequel to Sophie’s Turn planned?

The sequel to Sophie’s Turn, Sophie’s Run, is fully written and coming your way from Sapphire Star Publishing on 7 February 2013—not long to go now! With that, at the moment I am actually working on the third and concluding part of the Rock Star Romance Trilogy. This third book is fully planned and I am now in my favourite phase of writing, the actual all-out, full-on writing. I love it! The final part is due for release in early September 2013 so within the year, you’ll be able to hold Sophie and Dan’s entire story in your hands. I can’t wait!

We have one e-book version of Sophie's Turn to giveaway. To enter, please retweet this post or leave a comment below. Closes 31st October 2012.