Review of The Star Child by Stephanie Keyes 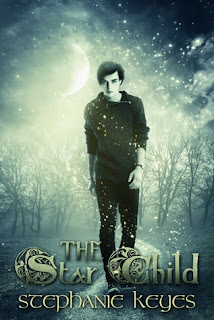 The Star Child is the first novel from debut author Stephanie Keyes.

The novel follows seventeen year old Kellen St James as he graduates from Yale. Kellen has an estranged relationship with his father who doesn’t attend his graduation and as he is waiting on the podium to receive his degree, he is suddenly transported back to a childhood holiday to his Grandmother’s home in Ireland. In Ireland he meets a beautiful young girl called Calienta, but he is not able to follow her to where she is going.

Suddenly back on the podium Kellen realizes that he must go to Ireland where he will learn the truth about his mother’s death. Whilst in Ireland, Calienta visits again and this time for real. What Calienta tells Kellen changes his life more than he could ever have imagined and he is suddenly pulled into a strange world of faeries and demons where he is a key figure.

Keyes’ writing pulls you straight into this story and will leave you on the edge of your seat desperate to know what will happen next. I loved the characters of Kellen and Calienta and found myself worrying about their journey.

This is a fantastic debut novel and I really enjoyed reading it. I don’t usually read a lot of fantasy books, but enjoyed this one so much that I think I will look out for more. Highly recommended.